First planted in 1969 by Balvern Vineyards who purchased as part of the much larger Rankin sheep ranch. The purchaser, who was from the real estate investment arm of the Bonanza television program, later subdivided the ranch. Dr. Richard Ferrington bought the property in the 1980s and the Kurt Schoeneman acquired it in 1996. He realized immediately the vineyard needed help.

Recognizing it was time to replant the vineyard, Kurt brought in Mark Welch, one of Mendocino County’s renowned vineyard managers, who helped develop the replanting of the entire 75 acres. “It was dumb luck to find Norman and Mark,” says Kurt. Welch subsequently decided to focus on Ukiah Valley and Lake County area Vineyards from his Potter Valley headquarters and Kurt hired Anderson Valley’s Paul Ardzooni. “Mark was smart and got us going. Now Paul is doing a wonderful job,” says Kurt, who is clearly proud of his team. Rounding out that team are seven key vineyard workers, who with their families, also live on the property. ”

Being very close to Boonville, the eastern limit (at times 10* F warmer than the western part- “The Deep End”), of Anderson Valley, Ferrington has a late bud break, with big temperature  (“diurnal”) swings, allowing for bright acidity with an nice freshness/opulence. This is what attracted us to this vineyard.

Read more of the detailed profile on Ferrington Vineyard at: mendowine.com 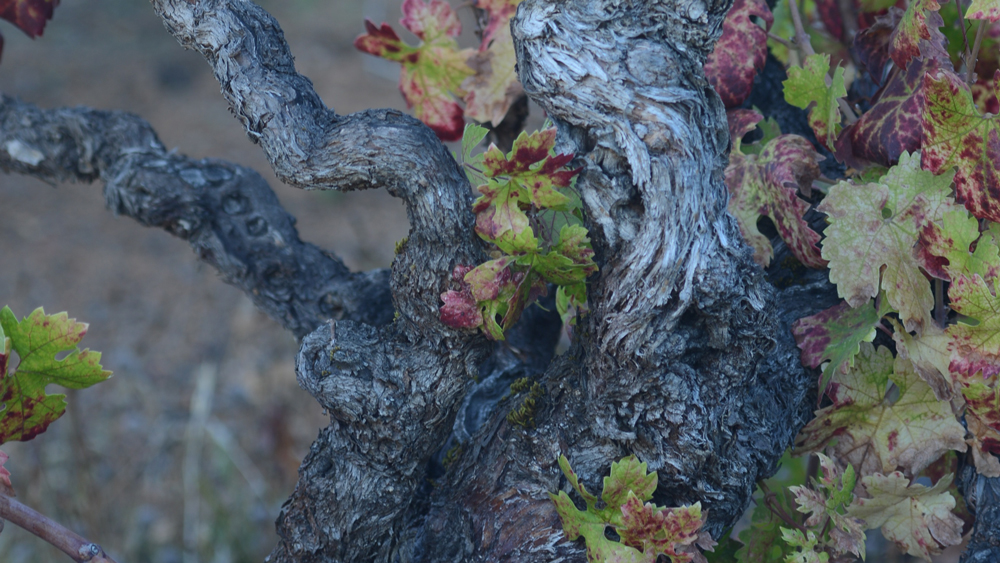 In the heart of Dry Creek Valley, Ray Teldeschi’s meticulous vineyard has highly sought after grapes. His head pruned vines date back over 120 years ago.

On the eastern slope of Dry Creek Road, the vineyards are southernly exposed, guaranteeing adequate sunlight. Warm nights are followed by cool nights which influence the flavor profile. The Teldeschi Vineyard has quintessential Dry Creek Zinfandel flavor profiles with a feminine quality. As Ray says, “The flavor is in the soil.”

Eno sources grapes from the Home Ranch, fittingly near the home. UC Davis recognized this vineyard’s uniqueness by taking bud wood and archiving it for ZAP’s Heritage Zinfandel project, the “vibrant museum of the Zinfandel grape”. It is also documented in Historical Vineyard Society.

Teldeschi has sourced grapes to such well-known wineries as Ridge, Ravenswood, Brogan, Carlisle, and Eric Kent. 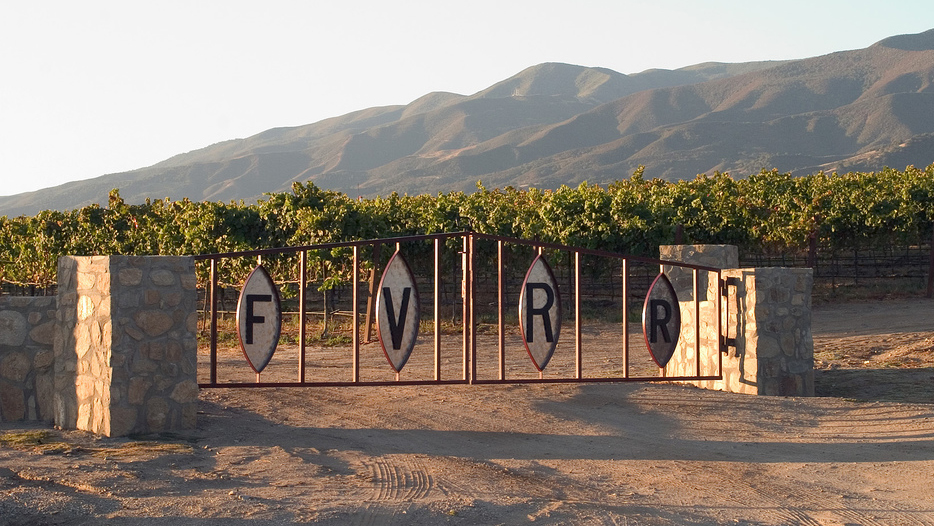 Nestled in between two of the finest vineyards in the Santa Lucia Highlands, Garys’ and Rosella’s, Fairview Road Ranch (due to a naming conflict it is now known as KW Ranch) is destined for greatness.

We have had the good fortune to make Fairview Road Ranch Pinot Noir since their first harvest in 2003. We recognized the vineyard’s potential early by naming the first wine “The Great Promise” and every year the wines seem to be getting better and better.

Throughout the year, we work closely with Kirk Williams, the grape grower, on crop loads, watering schedules, and various viticulture practices. 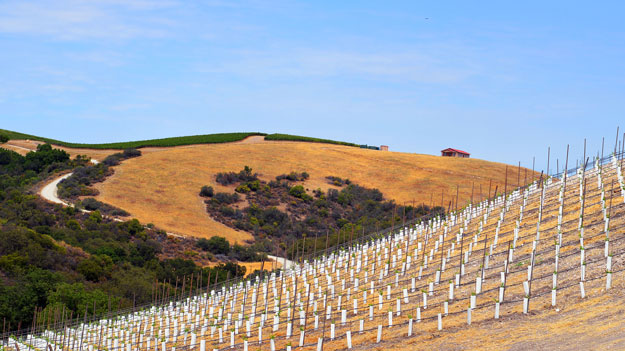 Law Family Vineyards is a newer vineyard on the coveted West side of Paso Robles, drawing a lot of attention by winemakers, critics, and consumers.

At 1900 feet of elevation, higher than most vineyards in the area, Law Family Vineyards, has distinct microclimates in an appellation already known to have a greater day-to-night temperature (“diurnal”) swing than any other in California.

Calcareous soils with high lime content make these vineyards the best of the best. Managed by John Crossland at Vineyard Professional Services, with input from the Laws and winemaker Scott Hawley (Torrin) , designed and planted the thirty-two acres of Rhone varietals in 2008.  Eighty percent of the vineyard is planted in multiple clones of Grenache and Syrah with smaller blocks of Mourvedre, Petite Sirah, Cabernet Sauvignon, Petit Verdot, Carignane and Tempranillo. Sustainable farming  with minimal applications results in premium fruit. 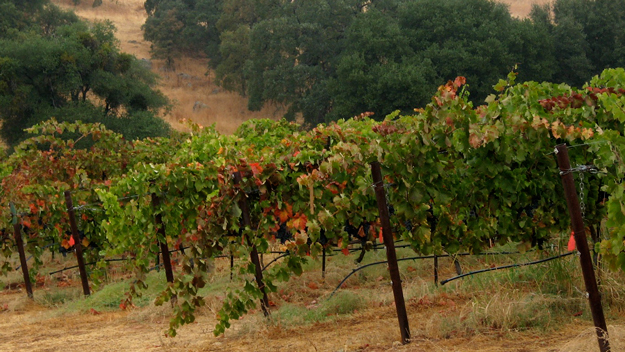 Sitting on a steep, decomposed granite, George and Pam York bought the property in 1983. Shortly after, they built a white, ram dirt house (Casatierra is Spanish for “earth house”) overlooking Fiddletown.

The small gold rush community of Fiddletown is located in historic Amador County, in the Sierra Foothills of California. When the creeks dried up during the summer months, miners spent their time “fiddlin” around” Now the region is famous for its Zinfandel and Rhone varietals.

Bill Easton from Terre Rouge and Steve Edmunds from Edmunds St. John have achieved critical acclaim for their Rhone varietals from this region. Newcomers like Cedarville , Keplinger Wines, and Favia are strengthening Amador’s reputation for Rhone wines.

For over 20 years, Eaglepoint Ranch has sourced some of the best grapes in Mendocino to premier producers (Rosenblum, Copain, Sean Thackery, and Edmunds St. John to name a few).

After falling in love with Grenache, the legendary grower, Casey Hartlip, agreed to sell Eno some of his prized fruit in 2004. Our inaugural release was affectionately called “The Wild One” in honour of the grower. 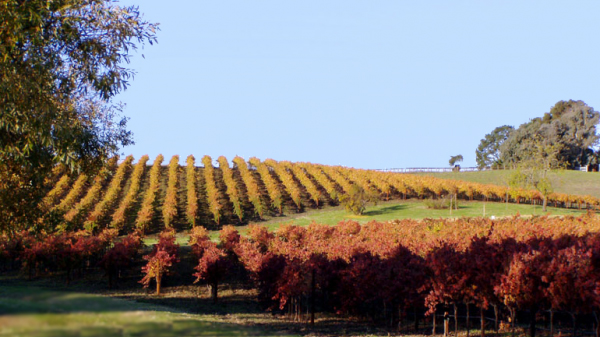 John Painter and Jean Gadiot-Painter bought their southern Carneros property in 1999 when it was a dilapidated hunting kennel. Over a few years, they have transformed it into a meticulously farmed, sought after cool climate vineyard. Their intention is that “all wines from Las Madres Vineyards will be notable and coveted.”

In honor of the growers’ mothers, Las Madres Vineyard has two blocks named after them – Ester and Houlda.

Along with some of California’s top producers and James Laube of The Wine Spectator,  we agree this is a special place.

Sign up to receive occasional updates about our wines, events, and special offers: